In province, Mecklenburg, Germany during the late 1840’s and early 1850’s Sophia Gentz was a lady-in-waiting to Baroness or Louise Von Koppelon. Upon her marriage to Wilhelm Nae, translated to “Ney” in English, the countess presented her with a bible. On the fly leaf of the bible the countess inscribed a verse from the bible, John 3V16, her name and the year 1851.

In due time the young couple decided to go to America. They arrived at Blue Island, Ill., date unknown. An epidemic of cholera was prevalent in Blue Island and fearing for the life of their little daughter they left for Minnesota. While on the boat on the Miss. River the child died and was buried on the banks of the river.

They arrived in St. Paul and being a left-handed craftsman he was soon involved in his work. Not satisfied with their location and stories of land to be had for homesteads up the river they decided to leave. The authorities of St. Paul urged him to stay and offered him property that is now Third Street in St. Paul. They were not persuaded and left by boat up the Minn. River.

They landed at East Henderson and staked a claim in Hillsdale Township, Le Sueur County. Hillsdale was renamed to Tyrone Township by Irish residents after Tyrone County, Ireland, when Minnesota became a state in 1858.

After clearing an area overlooking the Minn. River Valley he built a story and a half log house where his sons – August 1856, Henry185-, Charles 1862, and daughter, Rose 1859, were born. The building is still in use. In January, 1859, he received pre-emption certificate no. 2-229 signed by President Buchanan for the property. It passed on to Henry Ney 1884, Gilbert, Ruby and Flossie Ney 1945 and is now operated by great-grandson, Donald Ney 1971.

My father told stories of how the Indians would come into the house single file, pick up various articles, look at them, smell them and replace them. When grandfather thought it was time for them to leave he would open the door, quote the Indian word for “get out” and they would leave as silently as they came. The Indian word was “paachashee.”

The medium of exchange at that time was gold coins. Upon word that a boat load of flour was to arrive at Henderson, Grandfather advised Grandmother to go down to the boat landing with a twenty dollar gold piece to buy a barrel of flour. She was unsuccessful as the flour was chartered upstream.

On another occasion when he arrived home from work he handed one of the children a gold coin to give to his mother. Upon running across the room the coin slipped from the child’s hand into a crack in the floor from which it could not be recovered.

For a time grandfather’s sister, Emelie, made her home with them. She used her spare time cracking hazel nuts which they had gathered from the woods in fall. Given the chance the boys would slip some from her cracked supply. Furiated she would warn them against the evils of stealing, Grandmother would comfort her by saying “they are only children.” Later Emelie acquired property in Henderson.

Grandfather was the casket maker for the neighbors of the area. They were plain, simple, unadorned wooden boxes.

They survived years of drought, floods, grasshoppers and the Indian uprising. Their pioneer spirit prevailed.

Their portraits hang in Portrait Hall at the Territorial Pioneers of Minn. at the State Fairgrounds, St. Paul, Minn.

They are at rest in Brown’s Cemetery, Henderson, Minn. Wilhelm and Sophia, we your descendents, and proud of you. 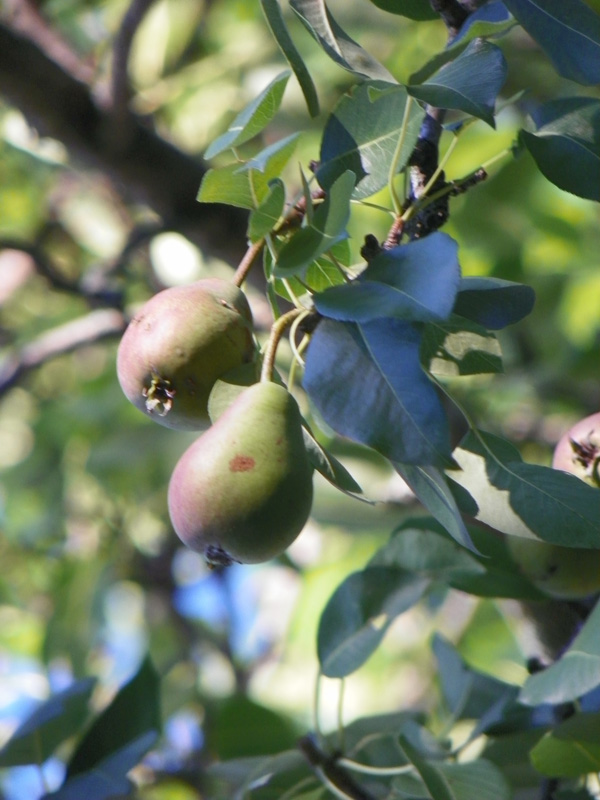